This species is limited to the coastline East of the Great Dividing Range with individuals also been identified around Cairns. They are dark brown in colour with a pug-like nose. 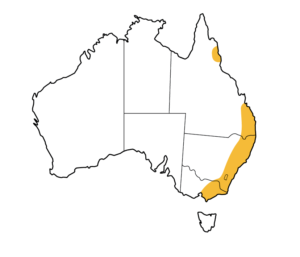 They have been found in rainforest, tall wet forest, vine forest, low open forest and in timbered urban areas. They have been identified roosting up to 7 m off the ground in the hollows of manna gums. Little is known of their feeding habits.

A single young is born in late November or early December.