The eastern forest bat has dark chocolate brown that is almost black at the base of the hairs. Its belly fur is longer and lighter in colour. They feed between the canopy and the understorey and their diet consists of moths, beetles, flies, ants/wasps and bugs. Short periods of torpor in the early morning and late afternoon allow it to conserve energy, even in summer. 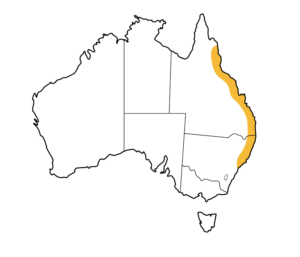 Little is known about their reproductive cycle, but it is known that they give birth to twin young (usually) in October to November.