The ghost bat is endemic to Australia, our largest microbat and the second-largest in the world. They have pale grey to light brown fur, translucent wing membranes and large ears that joined at the top of the head.

The ghost bat used to be distributed across most of inland Australia but it is now restricted to tropical northern Australia. It is believed this is caused by isolation and long-term climate change and changed land management practices. They are vulnerable to barbed wire fences. Ghost bats are cave-swelling bats and maternity colonies can get over 1000 individuals. As well as insects, they will eat birds, bats, small mammals, frogs and geckos. Ghost bats are known to take their food back to their cave to eat in safety.

Females give birth to only one young every year during July to September. 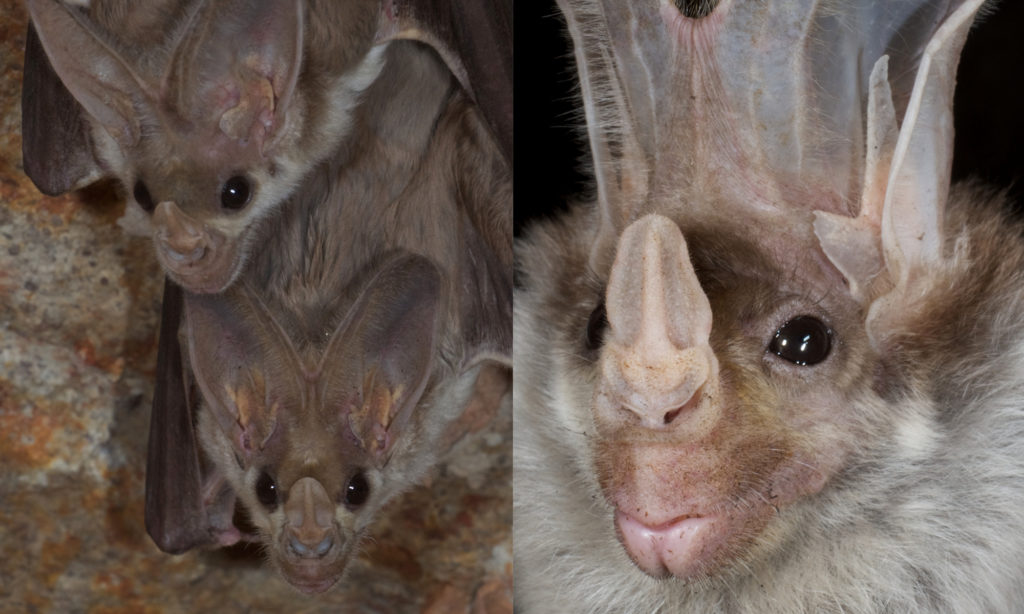