The grey-headed flying-fox has a unique colouring of grey fur on its head with an orange collar around its neck. The rest of the body is a dark grey to brown. They are one of the largest flying-foxes in Australia weighing in at 600-1000 grams and have a wingspan up to 1500 mm.

This species is listed as Vulnerable Nationally.

This species can form large camps, in the thousands, in any stand of vegetation over 3 metres in height, preferably along waterways. They will travel up to 50 km in search of food. Their diet consists of pollen, nectar, fruit and flowers or 201 plant species. They are known to raid orchards when local native food is in short supply.

Females give birth mainly during Spring, but this can be dependant on the abundance of food. 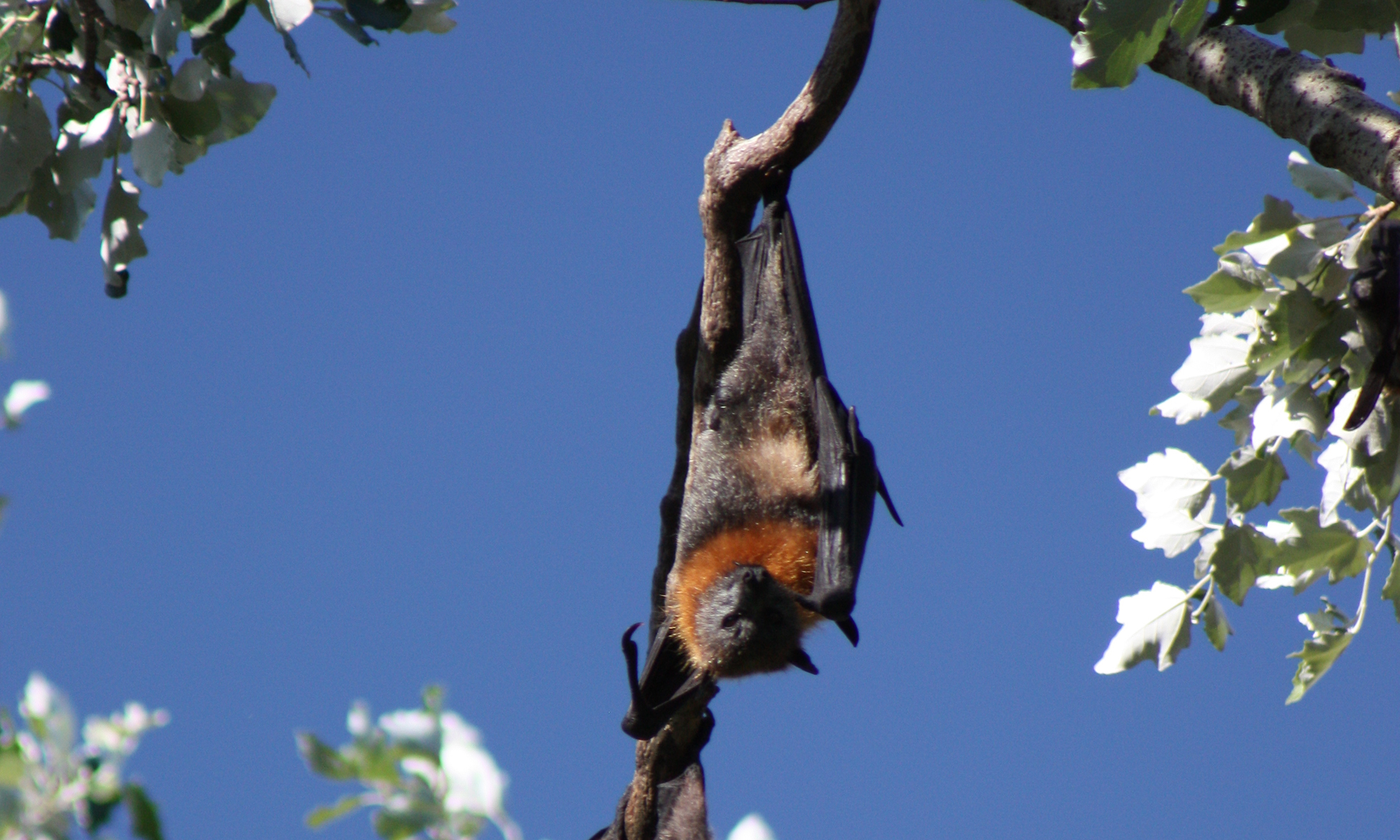