This is a relatively large species, 80-94mm (nose to tail), that is brown all over and has pale grey guard hairs.

They have a distinctive skull shape with a pointed muzzle and rounded ears.

The Troughton’s sheathtail bat is a cave dwelling species but can be found in rock crevices, boulder piles and abandoned mines. Usually there are less than 20 individuals roosting together and individuals are spaced apart. Their roosts are located within dry scherophyll forest, open woodland, mulga shrublands and spinifex grassland regions of inland Queensland. They are presumed to feed mainly on beetles.

Mating occurs in late August to early September. A single young is born between November and December.

Pythons, dingoes and owls. Loss of old mines and caves. 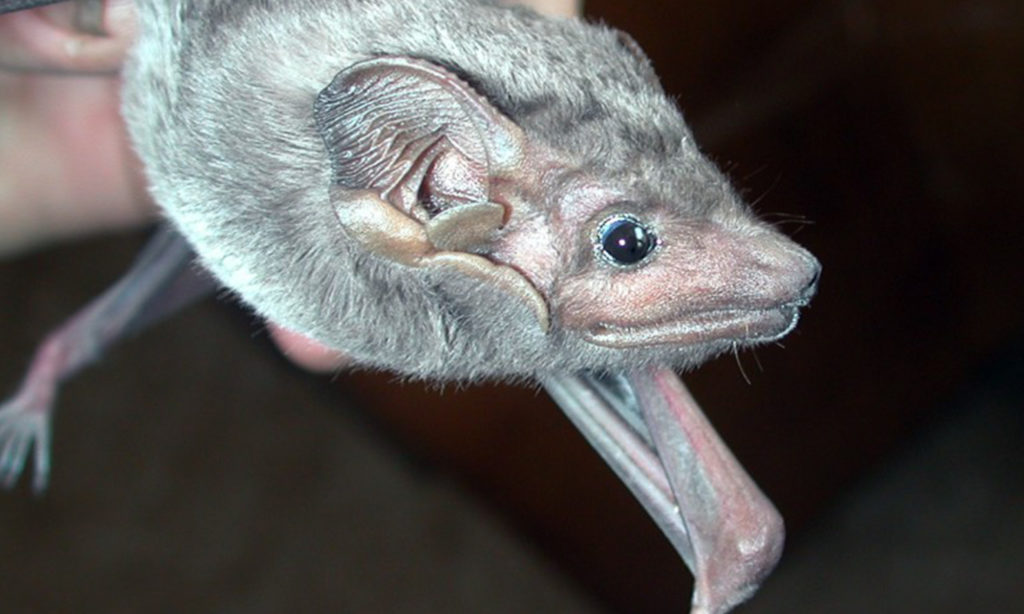