This species is confined in distribution to the east coast of Australia from southern Queensland down to southern New South Wales. It is dark to reddish brown on its back and slightly lighter on its belly. These bats roost in the hollows of large old trees but they have been known to occupy buildings and in bat boxes. 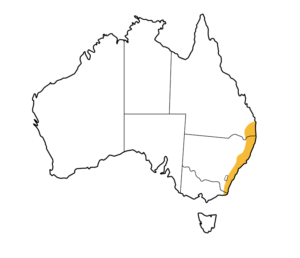 Most recorded sightings have been from dry eucalypt forests and woodlands on the eastern side of the Great Dividing Range. They show a preference for open spaces near to their day roost when feeding at night.

Females give birth to a single young in late November or early December.