The little bent-wing bat is the smallest of all the bent-wing bats. It has chocolate brown fur all over, that is lighter on its belly, and it has a short muzzle and domed head. These are cave dwelling bats but have been known to utilise abandoned mines, tunnels, stormwater drains and occasionally buildings. 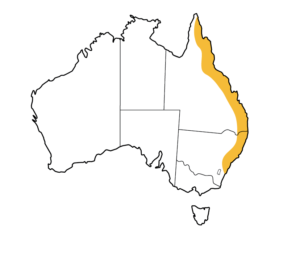 Females congregate in maternity colonies with the eastern bent-wing bat from August. Young are born in December.