The little broad-nosed bat has bicoloured brown to grey-brown fur that is lighter at the base than the tips. Although small in size, this bat is known for its aggressive character and ability to deliver a forceful bite. In south-east Queensland and north-east New South Wales lives the central-eastern broad-nosed bat (Scotorepens sp.). This species is similar in size and appearance but little is known about it. 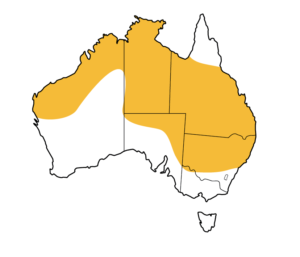 This species roosts in tree hollows and occasionally disused buildings, in numbers averaging two to 20 individuals. They can be found in monsoon forest, Melaleuca forest, tall open forest, open forest and woodland. They tend to be located near permanent water. They are fast, agile fliers that forage on beetles, bugs and ants found in the tree canopy.

Usually twin young are born in October and November.